Mating season varies across Australia but generally beginning in July/August in Queensland. Mating includes lots of flirtatious behaviour between males and females in the water involving splashing, grabbing of tails and passing and can last from 10 minutes up to a couple of hours.  Most of the study of platypus mating behaviours comes from observing platypus in captivity, however some of our volunteers were lucky enough to film this footage on one of our surveys in Mudgeraba!

Females will generally stay in the same territory and around the same burrow, only moving if they are forced to by extreme weather or other events. An adult male will patrol a larger area and if he gets the chance, will mate with multiple females. After mating, there is a 21 day gestation period during which the female platypus will begin to make a burrow or she may take over an existing, unoccupied burrow. A platypus burrow consists of a long tunnel leading to a safe, warm cavity, deep in the river bank. She will choose a riverbank that is well supported by rocks and tree roots and has a healthy covering of native plants, shrubs and trees. This protects the burrow from damage or collapse by erosion and severe weather. 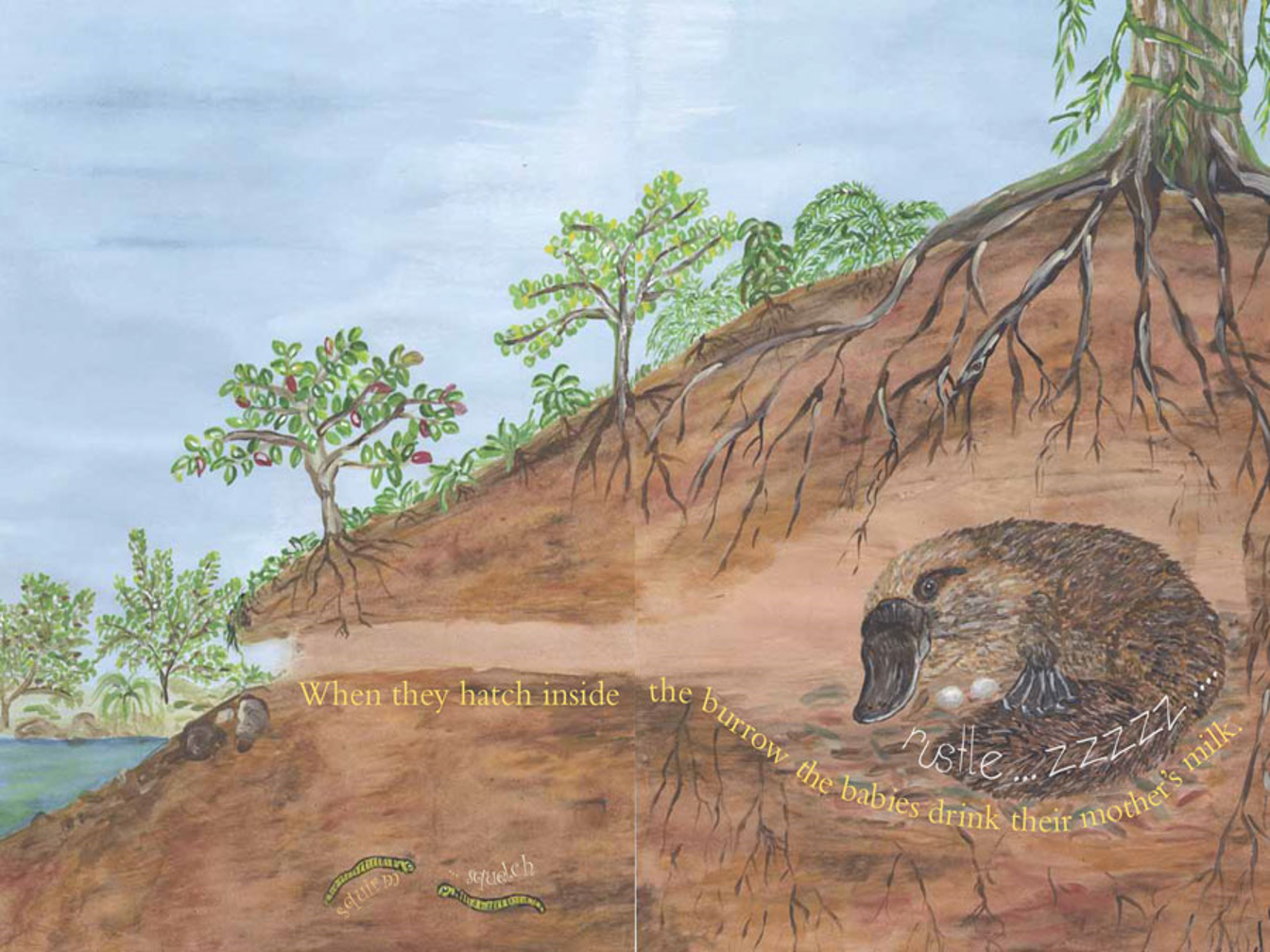 The entrance will ideally be protected and concealed by branches and native foliage. 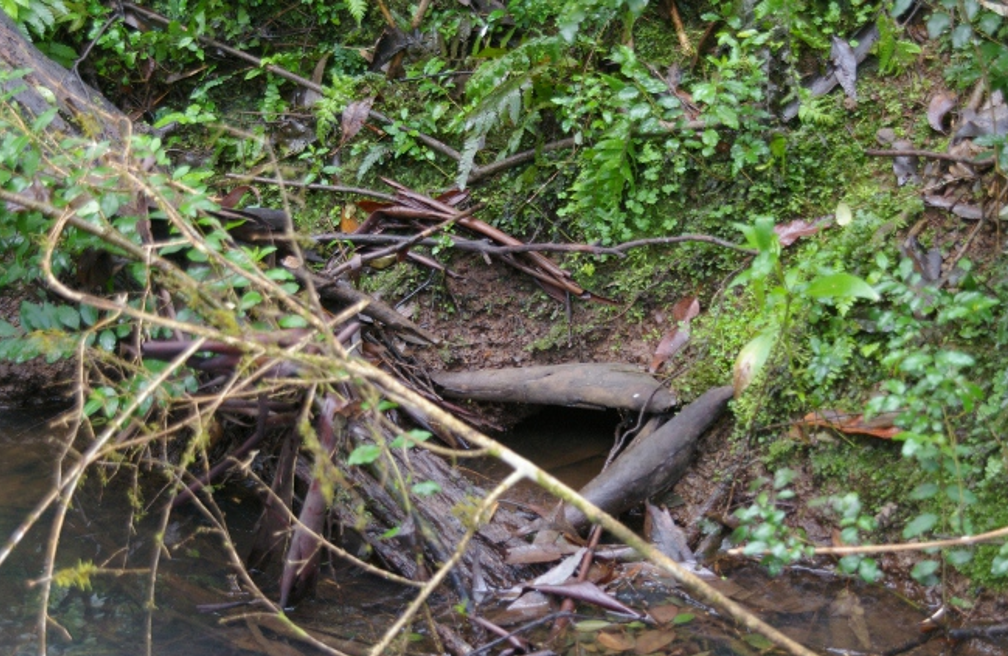 A platypus lays between 1 and 3 eggs, usually 2. They will take around 10 days to hatch and then will nurse for 3 to 4 months before they are ready to leave the burrow. During this time, mum will go out each night to consume as much food as she can so that she can provide milk for her babies. The father plays no role in the raising of the young.

The egg photo below of a baby hatching is actually an echidna. Platypus eggs and newly hatched young are very similar, however we could find no reputable photos to include in this course. That’s how secretive platypus are! 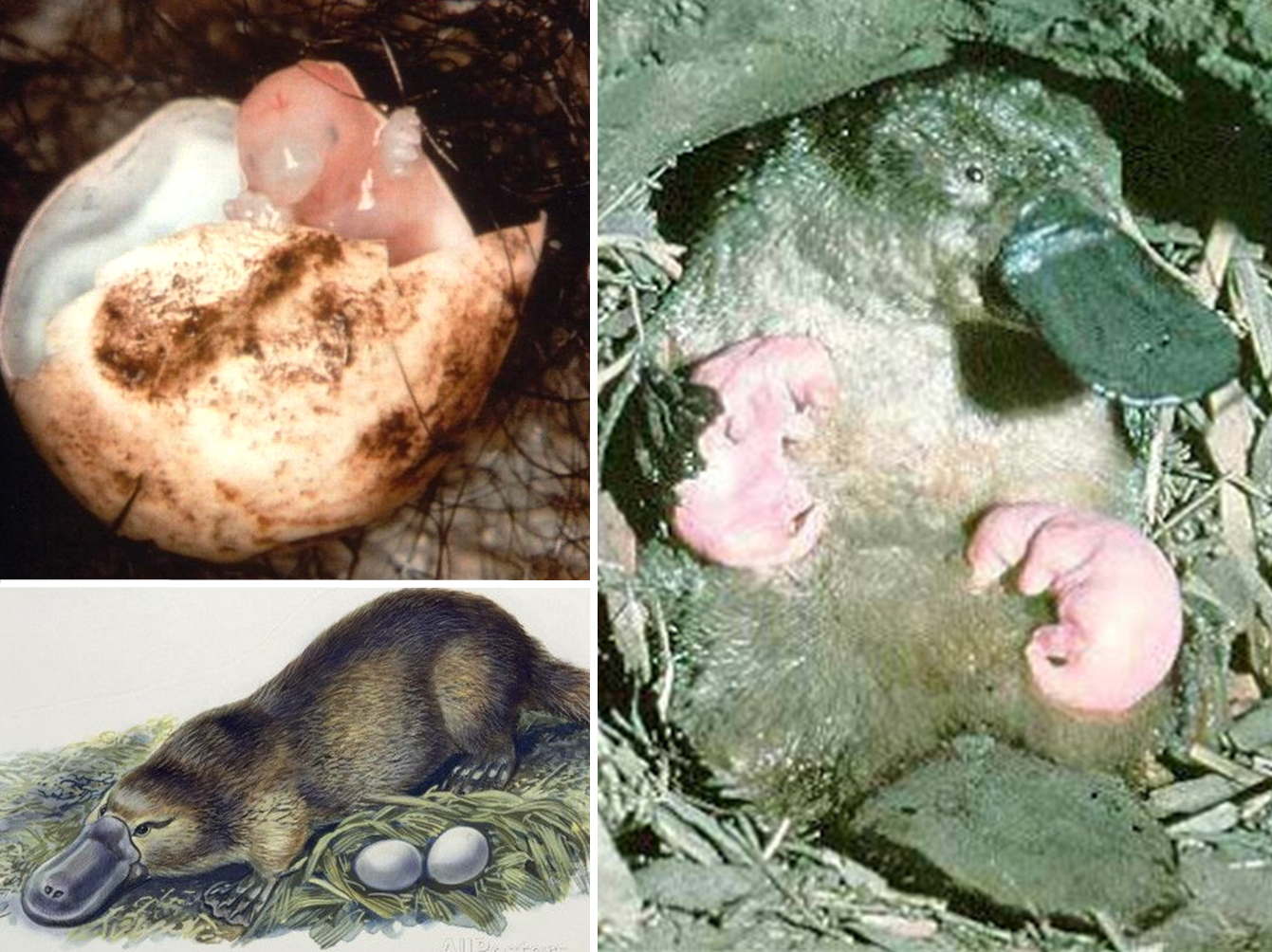 Platypus don’t reach sexual maturity until around 2 years old. When they do, young males will leave their mothers in the search of a territory of their own. Young males will often be chased away by their own fathers. Young females sometimes stick around and help their mother with her next brood. If there is plentiful food, they may even choose to share their mother’s burrow and have their own babies.