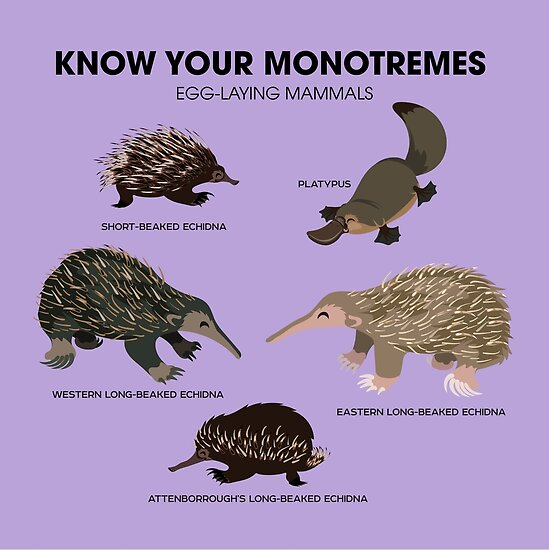 In 2008, scientists announced that they had managed to decipher the entire DNA code of the duck-billed platypus in a study involving more than 100 scientists from eight countries. They found that platypus genes are an unusual amalgam derived from the disparate worlds of reptiles, birds and mammals.

The monotremes’ split off from the rest of the mammals about 166 million years ago and since then have evolved into four species of echidna and the platypus.

Platypus share about 82 per cent of their genes with other mammals, which has resulted in them having mammalian traits such as lactation. However, they also possess traits derived from reptile genes, such as the venomous spurs on the legs of male platypus, and their sex chromosomes actually resemble those of birds. 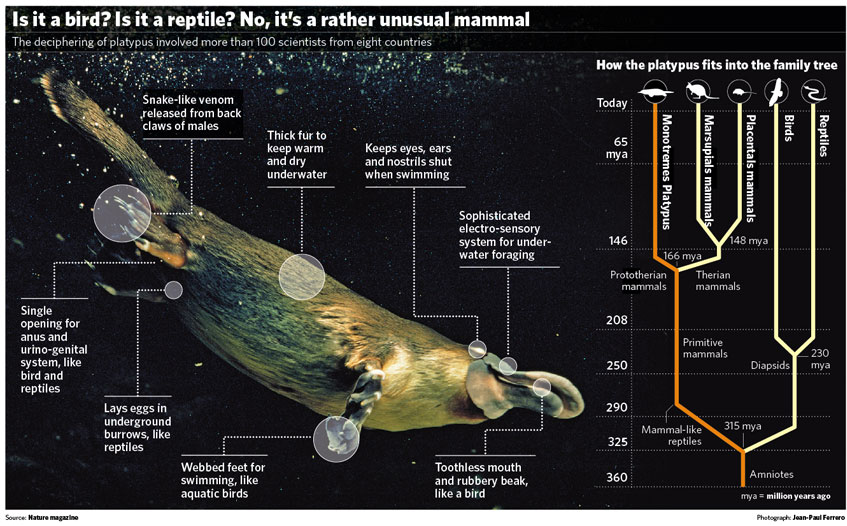 Platypus have thick, waterproof fur and several layers of fatty blubber under their skin to help insulate them in cold water. The further South they are, the more blubber they will have and so platypus size increases as you go further South. Their tails are broad and flat, ideal for swimming.

Platypus have vision, a sense of smell and hearing, however, none of these senses are used for hunting. When platypus swim underwater they close all of these orifices and instead rely on their sophisticated electro-sensory system to detect weak wave lengths given off by living things and this enables them to find their food in the water, despite having their eyes closed!

A platypus’ bill isn’t actually much like that of a duck. It is broad and leathery with ridges on the inside that grind up food in much the same way human molars do. It is their bill that contains their electro-sensory system and when they sense microinvertebrates (their favourite food) among the rocks, they will use their bill to displace the rocks and vegetation so they can grab the food with their long tongues. They then swim up to the surface and grind the plates of their bill together to crush their food. 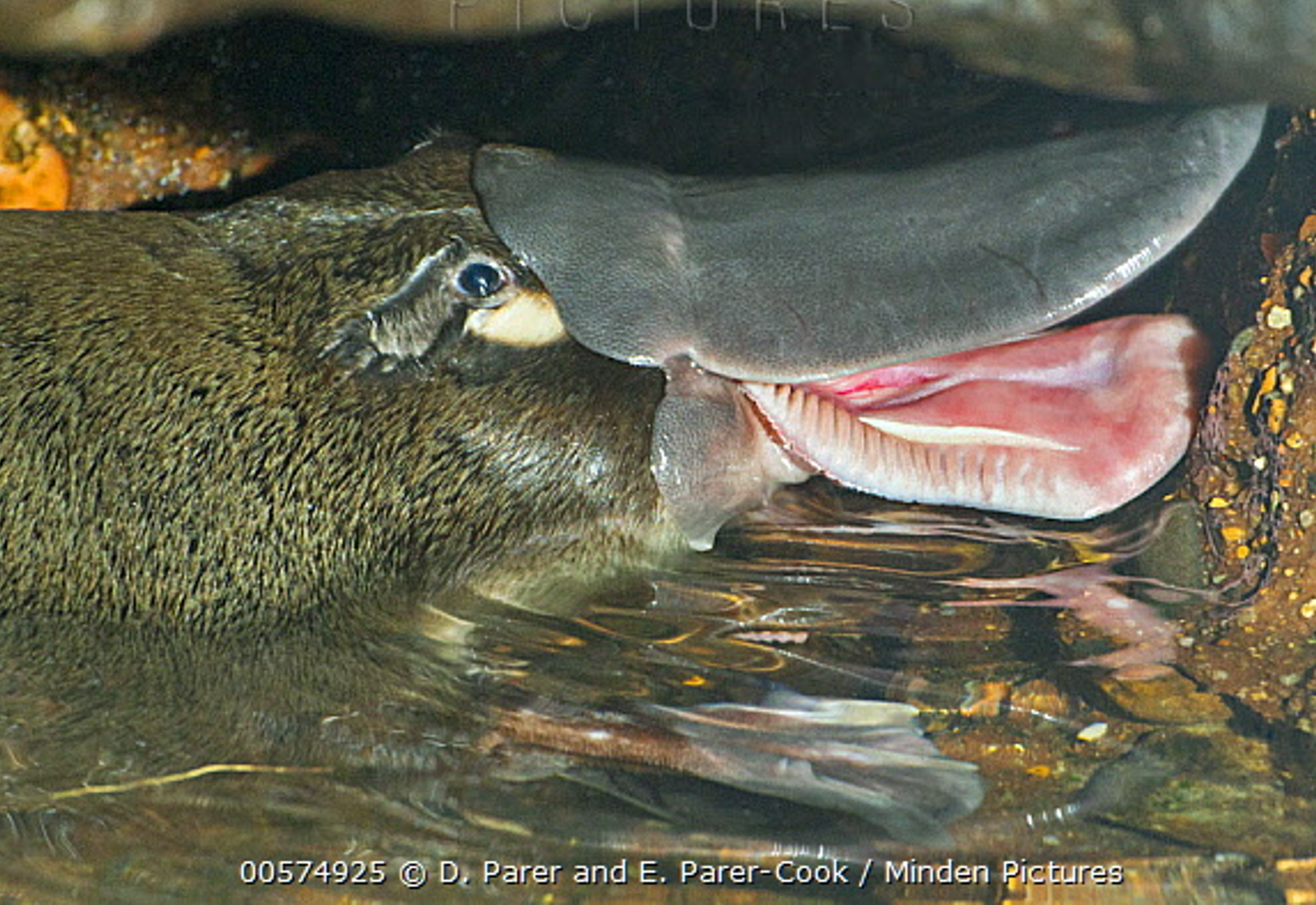 Platypus have no stomach. Like echidnas and around 25% of living fish species,. their food is transported straight to the intestines for mineral absorption, skipping the acid digestion phase.

Platypus feet have retractable webbing that expands when in the water allowing them to glide effortlessly through the water. They use their shorter front legs to paddle and their back feet as rudders. When on land the webbing retracts, allowing platypus to dig burrows, scramble over rocks and travel on land. Although they generally stay near water they will occasionally need to travel over land, particularly in the case of young males who will have to search for a new territory when they get old enough.

Check out this video to see how they move over land, they’re surprisingly fast! 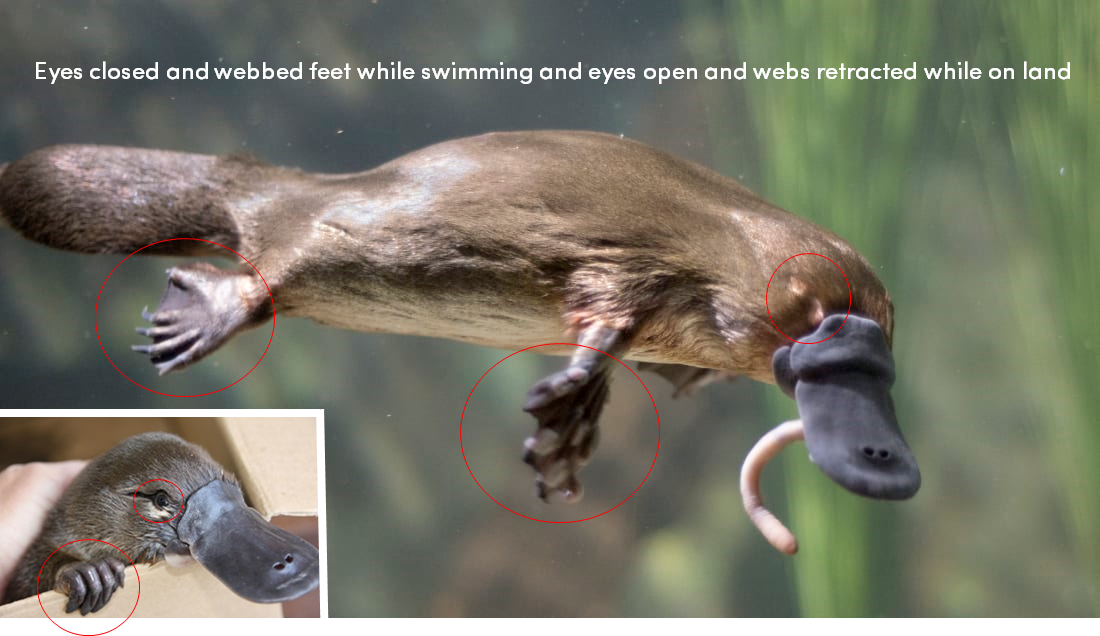 Although female platypus do lactate milk for their young, they have no teats for suckling. The milk lactates through mammary gland ducts on their abdomen and their babies suck it from their fur.

The males have a venomous spur on their back leg which is used to fighting other males and yes, it is dangerous to humans! So don’t every try to handle a platypus. 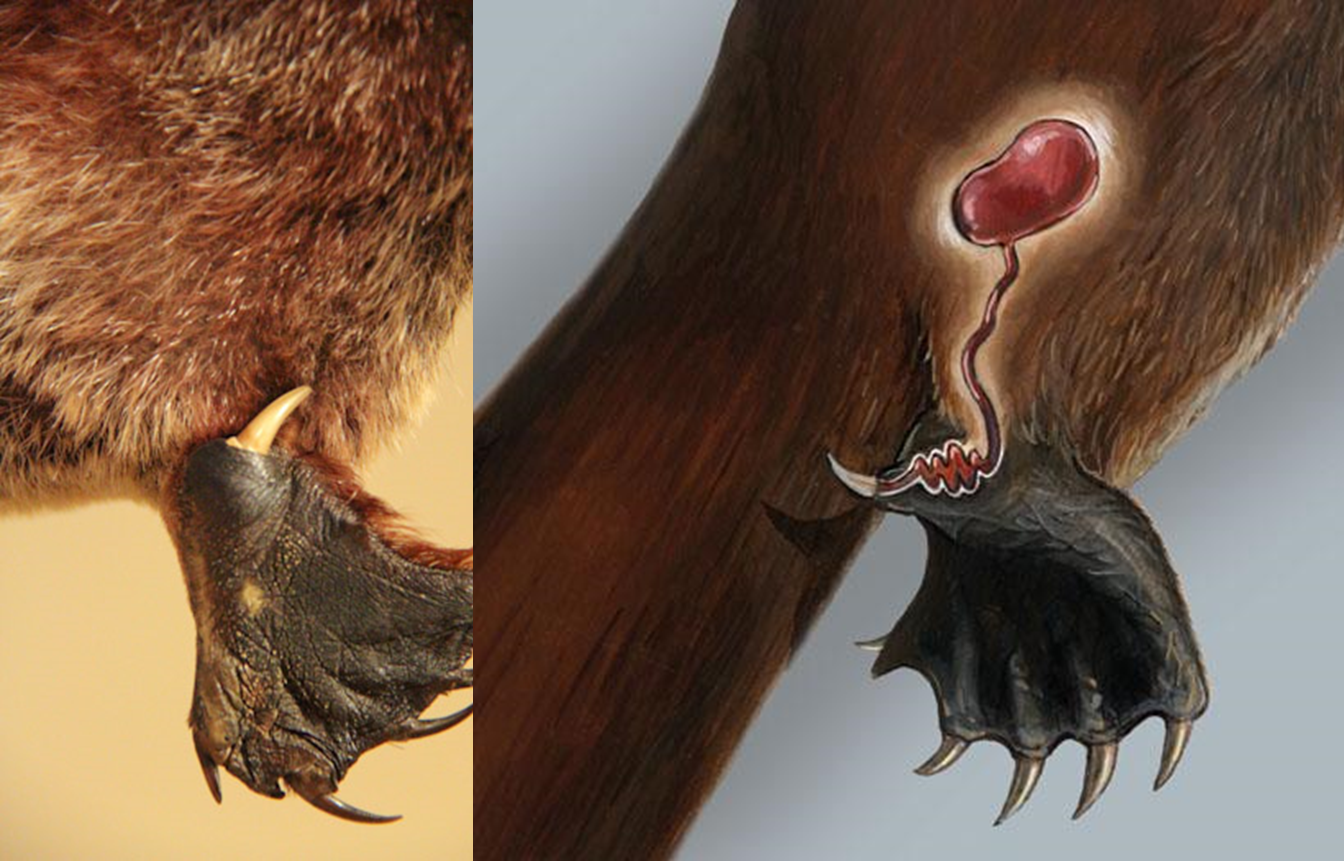 Did you know that venom and poison are different and have entirely different meanings? Venom is injected (through bites and stings), whereas poison is absorbed, inhaled or consumed. So snakes, spiders and platypus are venomous, whereas amphibians, plants and fungi are poisonous.