Thankfully, some of Australia’s native species are learning to fight back against cane toads, and while the damage they inflict is small, it reminds us that our cane toad control efforts are worthwhile. 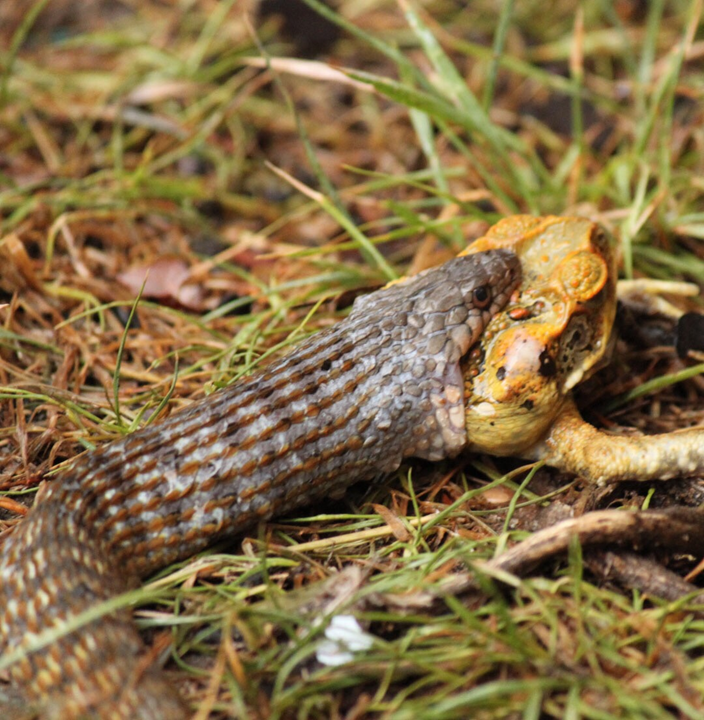 The Keelback snake (sometimes referred to as the Freshwater snake) is non-venomous and completely unaffected by cane toad toxin. Being completely harmless to pets and humans and a successful cane toad hunter, this is a great snake to have in your backyard. 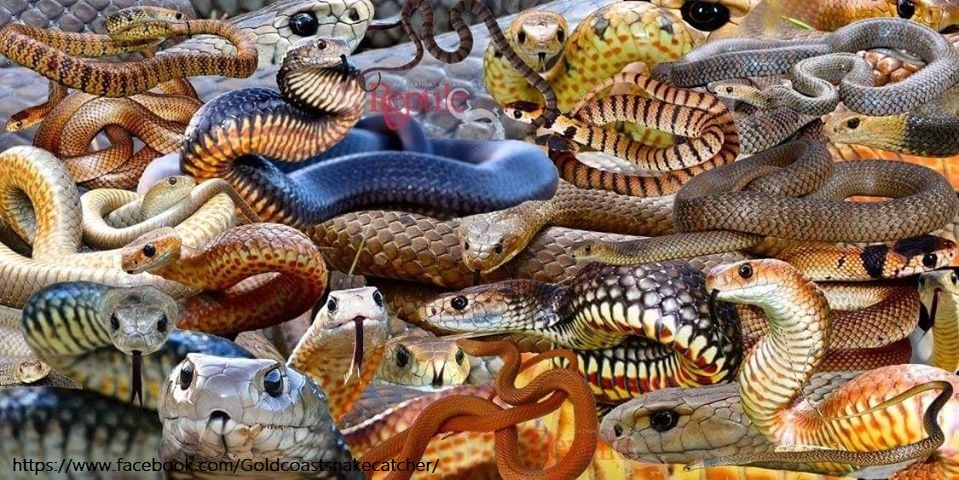 If you see a snake, leave it well- alone. Snakes are an important part of the Australian ecosystem and now Keelbacks have an important role in the fight against cane toads. Venomous snakes do not want to expend their precious venom on you, they are aware that you are too large to eat. However, they will defend themselves if they feel threatened. Stay safe and stay away!

Rakali (Australian water rats) have experienced significant habitat reduction thanks to cane toads and their enormous appetites, however, they have been observed to have learned the rather remarkable skill of cane toad dissection. With surgical precision they have been observed to remove and feast on the heart, liver and thigh muscles, carefully avoiding the toxic parts of the cane toad.

Birds in the corvid family are well known for their high levels of intelligence and problem-solving ability which they have put to good use regarding cane toads. The Torresian crow has learned to avoid the toxin by picking up the toads by their legs or brow, flipping them onto their back and eating them from the front.

Ibis have also learned how to eat cane toads and they have a very unique technique. They have been observed ‘stressing’ cane toads by pecking at them and throwing them around which causes them to release their toxin. The Ibis then ‘wash’ the toads in water, or wipe them on wet grass, wiping away the released poison, prior to eating them whole. This particular Ibis washed its toad 3 times before eating it.

Macroinvertebrates such as the diving beetle larvae, dragonfly nymph and water scorpion in the above photos have been observed feasting on cane toad spawn and tadpoles in test conditions and are completely unaffected by the toxin. One study highlighted this as being so successful that they ran out of test subjects (tadpoles). This is certainly an incentive to stock your ponds and dams with native vegetation to encourage waterbugs to move in. Keep an eye out for waterbug activity in your water body let us know if you witness any interesting behaviour!

Some species of ant such as the meat ant actually chase down and overwhelm small toads as they emerge from the water. After the toads are immobilised with multiple stings the ants drag them into their nests to feed the colony. This has been observed multiple times and is encouraging, although no reduction in cane toad numbers has been observed as a result of the ants’ behaviour.

It’s great to see that some native animals are learning to fight back against cane toads but their progress is slow and the cane toads’ advance is alarming. Cane toad control is down to us. If we are able to halt their advances and reduce the environmental destruction they cause, we can give native species a fighting chance at surviving the cane toad invasion.

Discussion Question: Have you witnessed any animals successfully or unsuccessfully eating cane toads? We really want to know about it if you have and would especially love photos.

7 thoughts on “Natives Fighting Back”